My precious hamster past away suddenly last night. 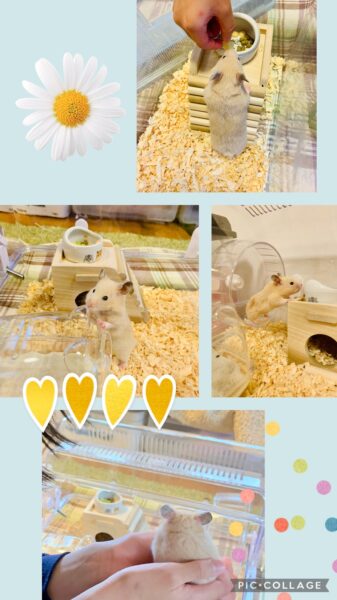 Our family welcomed him in May of this year.

He was only 7-month-old kink-bear-hamster.

There was no change until the day before, and he was running around energetically.

Every night he looked forward to getting out of cage and taking a walk around the room.

He loved to chew, so he may have shallowed something bad while enjoying a walk outside his cage.

We couldn’t notice the change in his condition that morning.

I always hold him and play with him every morning, but yesterday I didn’t do that.

I thought he was sleeping well.

Now that I think about it, the first sign of his change was that he wasn’t asking me to play as usual. 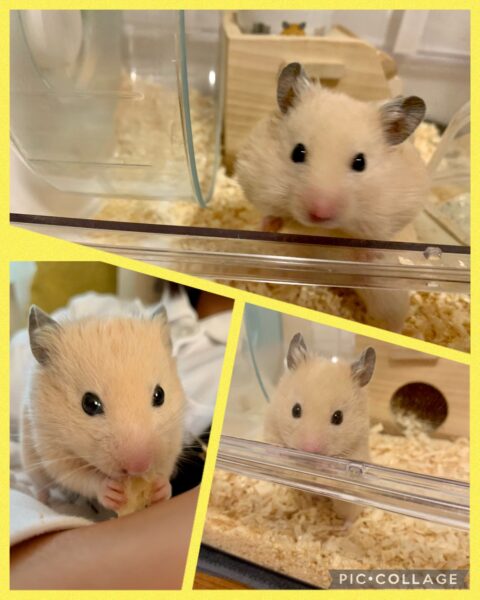 At night, my daughter who tried to play with him noticed his change.

He was already a little cold and he couldn’t move on his own.

All of the nearby animal hospitals had already passed their operating hours.

I thought he would be in pseudo-hibernation due to the cold, so I started warming up him in my hands.

It was the only possibility that he could be saved.

He couldn’t even lich the sugar water dripping down his mouth.

It was not so cold that night, and we used a pet heater under his cage.

I couldn’t understand what happened to him.

My daughters have school tomorrow, so I asked them to sleep with their father.

I told them he might not be alive until tomorrow morning.

They hugged and thanked him before they went to bed.

I kept him warm for about three hours while praying that he would survive.

He sometimes moved and tried to wake up by himself.

I felt relieved for a while.

He suddenly went on a rampage, pooped, and then started having convulsions.

He seemed to be in excruciating pain when he pooped.

I was desperate to keep him from falling.

As I watched him in pain, I realized that he could no longer be saved.

I knew he would die soon.

I stopped praying that he would be survive.

And then, I told him how wonderful you were, how happy we were together, how grateful for all that time, and at the same time, I apologized for my fault for causing him such pain.

In my hand his breath grew weaker.

He let out a feeble voice several times and passed away in my hands.

I was ashamed of myself for not letting him live long.

No matter how much I reflect, time will never return.

I woke my daughters up early this morning to tell them he passed away late last night.

They cried, but they’ve had hamsters so far, so they understood death and were more calm than I thought.

We buried him in the garden.

I never imagined that goodbye would come so soon.

He left us for new experiences.

I hope that by meeting us, his soul will shine like we did when we met him.

We love you forever. 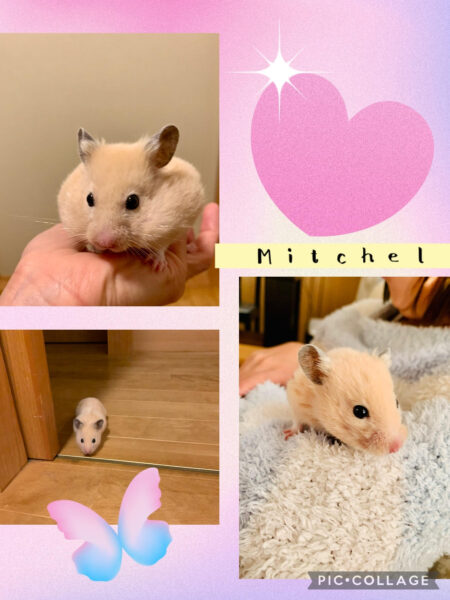