Chibisuke(my hamster) finally rides on my hands this morning.

Today is the 7th day since we welcomed him.

He was still nervous, but he enjoyed a little.

I have been using gloves since yesterday because it hurts to be bitten.

Gloves are very useful for the safety of me and Chibisuke.

He bit my gloves a few times and then came up on my hands.

It’s dangerous to drop him, so I put him on my lap and played with him for a while.

“It’s true that hamsters get used to their owners in a week.”

She was also happy.

My daughters don’t like being bitten, so they never try to hold him until I’m not bitten again, and wait and see.

I’m the one who always suffers, and they take it for granted.

All hamsters I’ve had so far have become hands on like this. 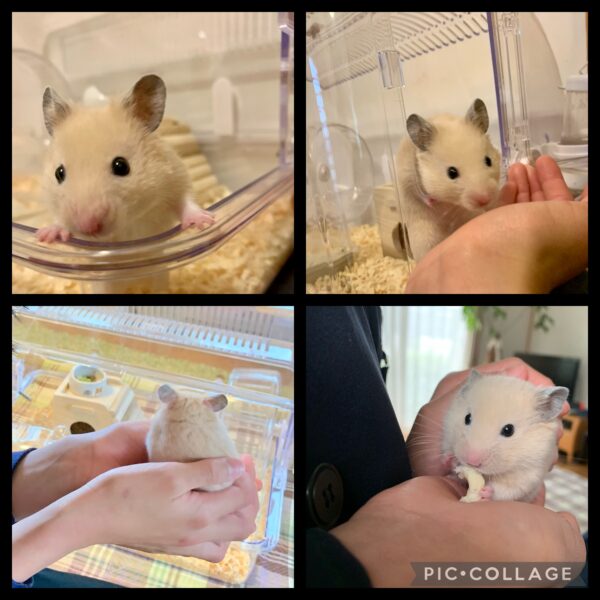 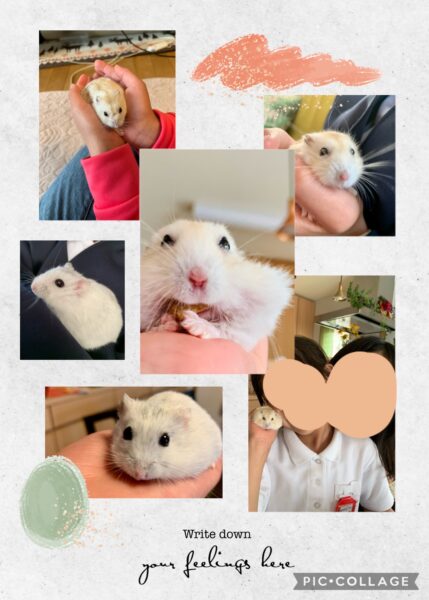 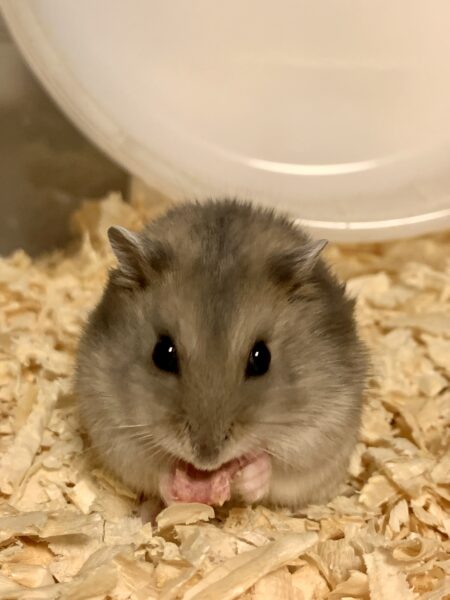 Choros recognized us as family.

He don’t mind if children hold him.

My daughters are weighing Choros, checking the condition of his bellied and buttocks, and writing them down in their notebooks. 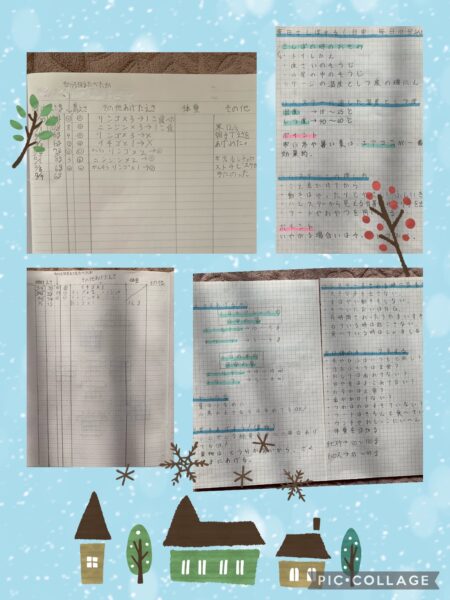 Once Chibisuke is safe enough to hold him, she plans to start weighing him.

Now, she’s doing a health check through the glass.

She was 6 years old when she met her first Djungarian-hamster “Chikkun”. 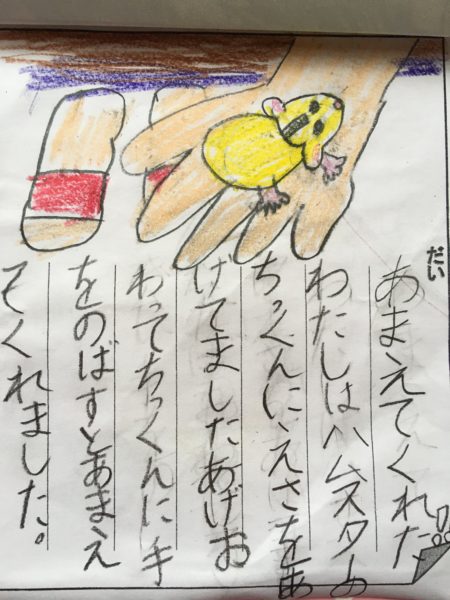 This is her diary about her first hamster ”Chikkun”. She wrote that she was happy that her hamster seemed to want to play with her.

She always grew up with hamsters for the last five years.

She did all the cage cleaning, feeding and watering all by herself.

Some hamsters lived long lives, while others died due to our carelessness.

While supporting her in her re-challenge, I would like to cherish our short time with the hamsters. 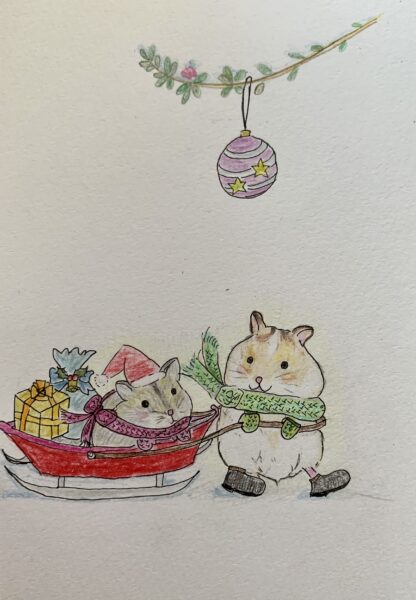 As an aside, Chibisuke was chosen by my eldest daughter.

Choros was chosen by my second daughter.

Their personalities are similar to their chosen owner.

I think both are really cute♡